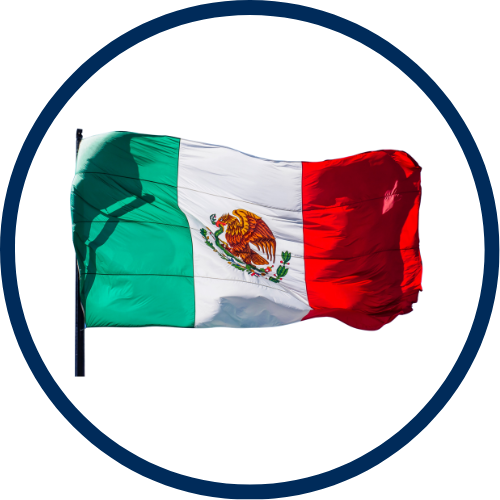 The World Affairs Table series features discussions on topics pertaining to bilateral relationships between the U.S. and other countries. Each discussion is followed by a culinary tasting event with cuisine and drinks from the country of focus. The World Affairs Table allows audience members to both engage in substantive foreign policy discussions and experience culture and cuisine, all in the span of one evening.

The World Affairs Table events feature discussions on topics pertaining to bilateral relationships between the U.S. and other countries. Each discussion is followed by a culinary tasting event with cuisine and drinks from the country of focus. The World Affairs Table allows audience members to both engage in substantive foreign policy discussions and experience culture and cuisine, all in the span of one evening.

Head Consul of Mexico in Philadelphia, Carlos Obrador, presented comments on the profound transformation of Mexico—from government to business to the social programs supporting people. He also commented on the importance of bilateral relations between Mexico and Pennsylvania. The Council’s President & CEO, Lauren Swartz facilitated the conversation.

Attendees then had the opportunity to try various regional Mexican food and enjoy a mezcal tasting at the Bond Collective on the 20th Floor of One Penn Center during a reception following the discussion.

Consul General Obrador began by thanking the band and explaining their musical style, son jarocho, comes from his home state of Vera Cruz. He then gave a summary of some of Mexico’s relevant characteristics, including its many World Heritage sites, its 63 official indigenous languages, and the direct election of its president for six-year terms. The consul general explained the recent growth of the Mexican economy and the role played by free trade agreements with the US and many other countries. In the early twentieth century, Mexico’s primary export was oil, but it has since expanded to become a manufacturing powerhouse closely integrated with US markets. Consul General Obrador further highlighted the role of the Philadelphia region in this relationship, beginning with the establishment of a consulate in 1826, whose job it is to protect the rights and interests of Mexicans in the Philadelphia-New Jersey area. He emphasized that there are over 12 million Mexicans living abroad, and the vast majority live in the US.

During the Q&A session, Consul General Obrador answered questions about the recent acts passed by Congress and how Mexican lithium will play a major role in creating batteries for electric vehicles. On the topic of the Russian invasion of Ukraine, the consul general explained how Mexico condemned Russian actions and is implementing regulations to handle the price volatility from disrupted supply chains. When asked about immigration, Consul General Obrador detailed the regional conferences in which Mexico participates to ensure the orderly and safe flow of people. Furthermore, he elaborated on the Mexican government’s efforts to alleviate poverty so that no Mexican must leave the country out of necessity. On the question of Americans disrupting housing markets by moving to Mexico, the consul general expressed concern that locals may be priced out of the market but noted that “snowbirds” from the US and Canada also bring major increases in income for the areas to which they move. Next, Consul General Obrador described the Youth Building the Future program which Mexico pioneered in neighboring Central American countries to connect young people to jobs and build skills and careers. Lastly, guests asked about the current president’s affiliation with a party outside the traditional halls of power and Consul General Obrador explained the new focus on separating businesses from government decisions and the priority placed on helping Mexico’s lower class first.

The World Affairs Council of Philadelphia is traveling to Mexico in 2023! You can learn more about this tour opportunity to the Yucatán Peninsula by clicking here.