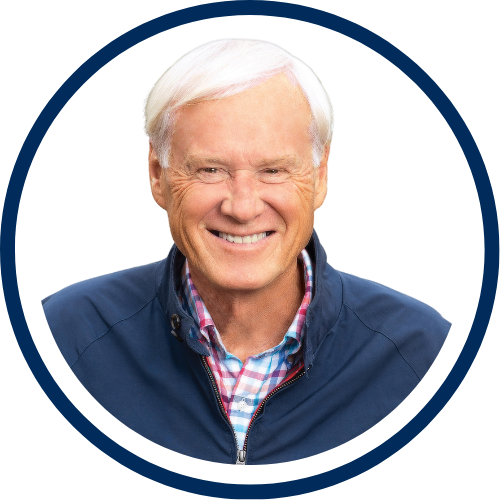 This Country: A Conversation with Chris Matthews

The World Affairs Council of Philadelphia joined Chris Matthews, a New York Times bestselling author and long-time host of MSNBC’s Hardball, for a conversation about his memoir of politics and history.

The World Affairs Council of Philadelphia joined Chris Matthews, a New York Times bestselling author and long-time host of MSNBC’s Hardball, for a conversation about his memoir of politics and history.

In This Country, Chris Matthews offers a panoramic portrait of post-World War II America through the story of his life and career. It is a story of risk and adventure, self-reliance and service, loyalty and friendship. It is a story driven by an abiding faith in our country. As Chris charts his political odyssey, he paints an animated picture of a nation searching for its soul. He reflects with grace and wisdom, showcasing the grand arc of the American story through one life dedicated to its politics.

Chris Matthews is a distinguished Professor of American Politics and Media at Fulbright University Vietnam. He is the author of the New York Times bestsellers Bobby Kennedy: A Raging Spirit; Jack Kennedy: Elusive Hero; Tip and the Gipper: When Politics Worked; Kennedy & Nixon; and Hardball. For twenty years, he anchored Hardball with Chris Matthews on MSNBC.

Mr. Matthews began the event with a speech about the importance of the ritual of the concession speech. He recounted a memory from his youth seeing a candidate for the New York gubernatorial election concede even though it pained him to admit he had lost. Mr. Matthews emphasized the long history of this tradition in American politics, from Thomas Jefferson to Richard Nixon and up to 2016 with the Hillary Clinton’s electoral loss. He pointed to Donald Trump’s refusal to concede the 2020 election as a failure of his duty as a president and a disruption of an important tradition.

The next part of the event took questions from the audience. One attendee asked about the influence of new social media platforms on the events of January 6th. Mr. Matthews noted that traditional TV media narrows the number of people in the public eye and he expressed his belief that Twitter provides a spotlight to individuals without qualifications and polarizes discourse. Another audience member highlighted the quarantining of US diplomats in China and asked about why the US permits such actions. Mr. Matthews argued that trade and currency have closely tied the US government to China, resulting in an unwillingness in the former to confront the latter. In answer to a question about the prospects for the Forward Party to ameliorate polarization, Mr. Matthews pointed out that multiparty democracies are not immune to polarization, since a multitude of small parties can form a polarized block. He described the importance of bipartisan personal relationships between politicians which formed the bedrock of most compromises in past years. He argued that political funders dislike seeing bipartisan friendships, so politicians are increasingly afraid to lose support from interacting with legislators from across the aisle. One attendee asked why the Biden administration still has relatively low approval ratings despite the passage of key bills. Mr. Matthew’s interpretation was that many voters blame Biden for inflation because it has an impact on everyone, while the large number of bills under consideration in Congress has a more distant sense of importance. When questioned about which countries currently act as leaders of the free world, Mr. Matthews expressed his opinion that the US did not act as such in former administrations but has improved under Joe Biden. He elaborated that improving the state of affairs at home, including guaranteeing the safety of poll workers, will support America’s position abroad.