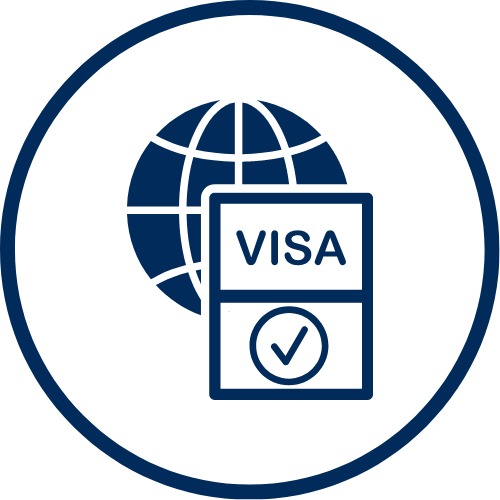 Honoring the Spirit of America: A Conversation about Immigration

The World Affairs Council of Philadelphia and Independence National Historical Park hosted a panel of speakers who provided insight into why immigration—throughout U.S. history—has been so important and how we can continue to address the challenges of immigration policy today.

2022-09-21 17:30:00 2022-09-21 19:15:00 America/New_York Honoring the Spirit of America: A Conversation about Immigration The World Affairs Council of Philadelphia and Independence National Historical Park hosted a panel of speakers who provided insight into why immigration—throughout U.S. history—has been so important and how we can continue to address the challenges of immigration policy today. Independence National Historical Park Congress Hall, 5th & Chestnut Streets Philadelphia PA 19106 World Affairs Council

A common refrain is that the U.S. is a nation of immigrants—that the spirit of America directly stems from the fact that most Americans have ancestors who are immigrants. We’re called a melting pot, where people come to achieve the “American Dream,” to settle their families, to work and start their businesses. Nearly half of Fortune 500 companies were started by immigrants or their children, including nearly two-thirds of U.S. “unicorns” (billion-dollar companies).

However, in the United States today, foreign entrepreneurs seeking to work or start businesses are left without a viable path to do so, and bringing manufacturing back to the U.S. is problematic in today’s challenging economy because securing foreign-born low and unskilled workers is so difficult.

At the same time, many Americans express concern over the impact of immigration on the domestic labor market. The current immigration system is also problematic from an efficiency standpoint, as wait times for legal immigration grow longer year by year.

The World Affairs Council of Philadelphia and Independence National Historical Park hosted a panel of speakers who provided insight into the role of immigration in the American economy and ways policymakers can balance the needs and expectations of companies, voters, and immigrants.

Superintend MacLeod introduced the program by explaining the significance of Congress Hall to Immigration history. During Congress’ stay in Philadelphia, The Naturalization Act of 1790 and Alien and Sedition Acts were passed, establishing the country’s first restrictive system of immigration.

Moderator Jonathan Grode introduced the economic framing of the discussion, citing that most illegal immigration stems from a search for employment and that problems with border security often trace back to the problems in the current quota system. Mr. Bier described how the Bracero Agreement in the 1940s through the 1960s effectively addressed worker shortage by bringing Mexican farm workers into the US for temporary work, which simultaneously decreased rates of illegal immigration.

The panelists discussed the problems created by the current quota and lottery system. The random nature of accepting some applications while discarding others has incentivized some companies to employ immigrants in neighboring companies with similar labor conditions but less restrictive immigration processes. Professor Smetters argued that the declining birthrates in the US can be offset with immigration, providing a larger base, greater diversification of labor, and preventing the economic stagnation which usually accompanies population decline.

During the Q&A session, the panelists answered questions about fear of immigration, the asylum process, and what hope there is for reform. Professor Smetters argued that assimilation is an essential part of immigration because of every nation’s need to unite its population through a common identity and avoid tribalism. Mr. Grode summarized the asylum system and how it requires proof of a specific threat to the applicant’s well-being rather than general poor conditions in the country of origin. Mr. Bier emphasized that the benefits of immigration reform are too strong for politicians to ignore for long, especially since voters support a change.